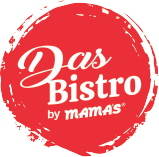 The Founder of PT Soejasch Bali, Reinhold Jantzen was born in Hamburg, Germany in 1940 into a family of commercial traders who earned their living from distributing produce to regional markets in northern Germany. After completing his schooling, Jantzen launched himself as a distributor of fish and seafood, a career path that eventually led to assignments in Persia and Sri Lanka. At the age of 37 in 1977, accepted an assignment with The German Agency for Technical Cooperation (GIZ) that brought Reinhold to Indonesia that has become his adopted homeland ever since.

Initially working in Semarang, Central Java as a fisheries consultant, by the early 1980s Reinhold, together with his newlywed Indonesian wife Endang, had moved to Bali to set up their own business.

PT Soejasch Bali was established in 1983 as a meat and fish processing company that sold its quality products to hotels, restaurants, supermarkets and catering operations. Over time and with an unwavering commitment to quality, PT Soejasch has become a nationwide player in Indonesia’s fast-growing food and beverage industry with headquarters in Bali and branch offices in Jakarta, Bandung, Surabaya, and Yogyakarta.

Starting in 1986, Reinhold Jantzen was appointed the Honorary German Consul in Bali, a position he filled with great distinction for 27 years before being succeeded by his son, Robert Jantzen, who is the Finance and Operational Director of PT Soejasch Bali.

The interesting life of Reinhold Jantzen is now recorded in a captivating biography written by Willi Andresen. Published by Afterhours Books in 2019, “I Did It . . . My Way: My Life Between Hamburg and Bali” is a compelling retelling of the nine decades of a remarkable life well-lived, five of which cover some of the most interesting years in the history Indonesia and Bali.

Riveting and interesting, Jantzen’s biography opens with a retelling of the events of 10 October 2002 when a terrorist attack on two Bali nightspots killed 202 people, 6 of whom were Germans. This tragic opening chapter gives way to engaging and often humorous anecdotes retracing the business, diplomatic, and personal life of “Bapak Jantzen.”